Emili the teen that love make scat in all places in this video she make scat in the bed and play with her shit. She also can make custom shoots. Olny write in the email

He said he could take my shit. so I put him to the test. He was such a wuss and couldn't even handle some liquid shit being farted into his mouth ahaha.

131951 - Mistress Kennya and her girlfriends turds and piss drinking

A great clip with the most kinky and exotic mistress from Romania. Today the slave gave her a pair of very expensive crotchless pantyhose and Mistress Kennya wanted to give him a reward: she wore that pair of hosiery in their clip, humiliating him and making him even more addicted by her. She smoked and used him as a human ashtray, made him smell it and lick her pantyhose and expensive shoes. In the end, she told him that she wanted to pee and that she didn't feel like going to the bathroom anymore, so he would have to keep his mouth wide open and swallowed absolutely everything. The slave swallowed everything and wiped his tongue and the rest of the pee off the floor, as any toilet slave would for Mistress Kennya! In the second part of the clip, you can see another very kinky, bizarre and perverted Romanian girl who loves to poop and show the whole world how open she is to this fetish. She prepared a great meal for you : a huge juicy turd! Are you able to swallow it and make her happy ?

here are a few parts. I'm lying right on the floor. it turns out a big pile of crap. I smear shit all over my body. my big boobs and belly will all be covered in shit soon. I wash the shit off the body. 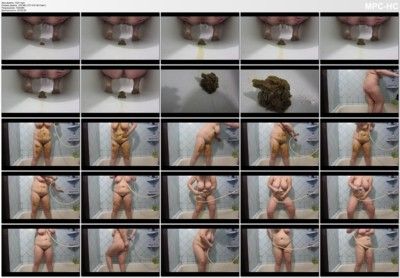 Second video from the 5 star collectionMy ass is so full of shit desperately wanting to escape and when it does it comes out like a waterfall of shit.Smearing my but cheeks I slide my poop fingers inside my asshole and again and againÂI take a big lick and end by pissing over my big mess 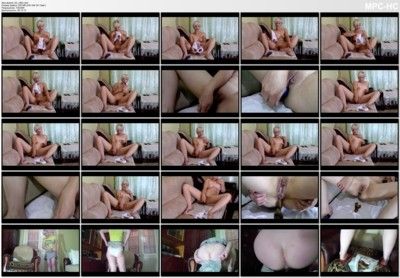 Goddess Margo was again so cruel today with her toilet slave. She dressing in a pink SPANDEX catsuit and she her slave first as ashtray, humiliating him, ordering him to clean her high heels while she smoke and ash in his mouth. She put her ass on his mouth and smother him with her body, face sitting him. After she exhausted, she announce him that is time for full toilet slavery : his duty to eat her shit. She put him in the bathtub and ordering him to keep his mouth open to catch her shit directly into his open wide mouth. She play with him with her shit, making him dirty, put shit on his cock and stroke his cock until he get hard, then put a milk into his mouth to help swallowing. At the end, she put her hand fist deep into his mouth to be sure almost everything was gone into his stomach.

131858 - How wonderful to shit everywhere you want

IÂm shitting all day today. When I woke up early in the morning, I realized that I would not have time to get out of bed and run to the toilet. Well, IÂll take a shit in the bed. Hanging my ass over the edge, I took a shit and happily fell back to sleep. Later few hours later I got out of bed and I feel like I want to shit again. This time I sat down on my favorite red toilet and diarrhea came out of my ass. And in the evening, already late, I again felt movement in my stomach. I sprawled in the middle of the room and took a shit on the floor. How wonderful and nice to shit everywhere you want without hesitation

Get on your knees you pathetic fuck. All you deserve is my rank shit im about to give you and make you eat. I mkae you beg for my shit out loud. Louder! Stare at my ass as i sway and spread. I leave you wanting it. The anticipation is too much. You want my tasty shit. You know it. I piddle a bit then unleash my shit all over the ground. You see it pour out of my tight asshole. You love this. It plops to the ground and i take you super upclose to my shit. It stinks. Bad. Means it has a strong flavor. Thats for you, you stupid pervert. Eat it up. Lick it up.

I am in quarantine so my slave has to be with me 14 days and serve me and be my toilet! I ate a lot and have nasty gases, so there is a lot of FARTS in my leather trousers! I still remember how this smells hahaha.

Hello everyoneeeeee! I hope you are all ready to stretch and flex your mouth open, and assume the pose of downward facing log hehe! I want to open up by saying I actually am an avid yoga fan, so when I saw this title and movie, naturally I knew I was going to love it! Yoga is truly such an integral part of my life, and if you donÂt do it, I want to strongly encourage you to give it a try &#128578; But for those of you who canÂt or wonÂt, well this film will have to do lolz! So off the bat, I want to explain to those who do not know, but the term downward facing dog, is an actual pose in yoga. The film actually starts off with the absolutely beautiful Venus, hitting this pose with her big butt cheeks out and doing some meditating. Mr Cheeks cannot contain himself though as he watches and gets a little Âhands onÂ himself. Venus appears to be extremely turned on and has some serious chemistry with Mr Cheeks, as she wastes little time in sucking his big throbbing hard cock. She ends up deep throating him so intensely, that she starts vomiting all over herself and his cock. Once again I was turned on, from watching her gag, and vomit, with his cock lodged deep in her throat. When he pulled his dick out of her throat each time, it was followed by a river of puke! I am not sure why I am so turned on by this (I have never thrown up on a dick before, and I am not sure how she did this lol it is extremely uncomfortable for me to vomit let alone with a dick in my throat! Many kudos to her! lolz) The scene then escalates when he starts he eating her ass out and fingering her tight little butthole. You could tell she was thoroughly enjoying it all as she pushed out her big smelly load of poop directly into his awaiting mouth. He chewed and swallowed and appeared to really enjoy it in that vulnerable moment when she turns around and sees him actually consuming her scat. She actually sees the color and the consistency and says something to the effect of ÂNow thats a healthy poop!Â hahaha! She continues at this point to suck his dick while he finishes the rest of her scat off. I did notice in the movie at this point that somehow some shit had ended up on his dick and by her facial expressions as well that she had shit in her mouth tooÂlol But she kept on going and finished him off with intensity! He actually came directly into her eye on his first shot too! lolz! (I hate that! My eye is always super red for at least a day after) She slurped up the rest of it though and ended the movie on a high note! What I liked most about this film was Venus! I think she is extremely pretty and to see her doing these perverse acts reallllllly made me super horny!

FRENCH SPEAKING I have the urge to poop but I am locked outside the toilet! I beg the person that is in the bathroom to get out, but nothing happens. ÂI canÂt wait anymore, my poop is going to come out! I can feel it, it hurts!Â I start to panic, move and jump. ÂHurry up, I have to shit so bad!Â I try to calm down and take deep breaths but it doesnÂt work. ÂPleeeeeease!! IÂm gonna have to shit on the floorÂ I canÂt take it anymoreÂ ÂIÂm sure you are doing it on purpose, you think itÂs funny? Because of you IÂm going to shit on the floor, and IÂm not gonna clean it up!ÂI spread my ass cheeks, pee and poop on the floor while telling the person in the bathroom whatÂs happening. ÂItÂs coming out!!Â Â ÂOh my godÂ I canÂt believe that I just pooped on the floor! This is disgusting! It smells so bad! And all that because of you! Good luck cleaning all this!!!Â I walk away from the scene.*Close-up of my poop at the end of the video.* Find more scat videos on DirtyMaryan.com *

Mmm. You hungry for my shit? How about a nice hot batch of shit brownies? I take a nice dump in a bowl. I show it off to you. Smells like the perfect ingredient to make them extra sweet! I mix all the ingredients together and plop the fudgy mixture in the pan. Baked and done! Show it all off to you. Smells so good. You know you wanna take a big bite!