This slave introduced himself to me as a masochist and so enthusiastic I decided to put him to the test. Tied to the x-cross, from the very first strokes of the whip he began to complain. How poor! And what a crybaby! Nervous, I kept hitting him, marking his back with red until he begged me to stop. What a jerk made fun of me he has no tolerance for pain! Now I put him in its placeÂ Sitting on my toilet chair, I sink my heels on this useless slave who can't resist anything. HeÂs worth shit and so now he's going to eat mine. I shit in his mouth and he chews and swallows until he eats it all. I found his right place and function...

Watch me release a big warm load of shit directly onto my feet and smear it all over my soles. Watch me cover my feet with my fresh shit! What a wonderful feeling! Perfect coating for a foot job, right?

I got Abby the greatest surprise! She's so excited to learn what it is! It's YOU!! She is so excited to own her first slave, she just doesn't even know where to begin! You are on your hands and knees, a bit restrained. We decided to stuff our feet in your face. Making you smell them, but it isn't enough, She spits all over you! I laugh at your struggle and finally we decide to both shit in your mouth, ****** you to eat it! Abby holds you down while Anna shits in your mouth, then Anna does too!! Oh my gosh you are bathing in shit!! we laugh and demand you to chew and swallow. Excited to see what comes next for you!!

Both Abby and Anna take shits. Anna first she enters and sits on the toilet then lifts her ass up so you can see how long each turd is they hang then drop in the bowl. a sexy wipe up. Abby enters and she also lifts, her asshole pushes out of her, it's puffy and reddish. She has many turds drop into the bowl. A good clean up, closeup inside the bowl and flush, then a close up of tissues she used to wipe.

I woke up at dawn wanting to shit, I screamed at ease, then I imagined that beautiful shit was going to come out, but I can't imagine that it would be a beautiful and huge diarrhea in my slave's face, little by little I was releasing my load until I did mountain shit I took it, I was very excited about the amount that I had to have fun sitting on the slave's face, he was very hard, we were very happy with that, I was sitting and spreading everything with a lot of shit, I had to spread it on his face, it was very exciting to play with my beautiful diarrhea, and finally I ordered the slave to cum on my dirty ass. come enjoy with me.

Watch Lilina show a messed diaper, then start to taste it, lick it, play with her poop in her mouth. She gets pretty filthy and put her face in her dirty diaper. 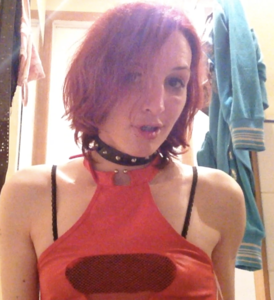 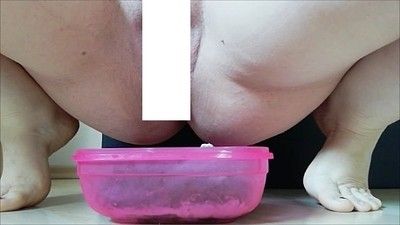 Straining, struggling and frustrated. I share how this is going, what foods ate created it. Im stuck and may need to do laxatives. Suffering, cramps, bloated and hurting.

Like to see a beautiful woman in your intimate moment? then come and see me, enjoy your queen on the throne, I know you fall in love with the beautiful smile I have.

The queen used the slave as a toilet and began to shit at the slave's mouth. And the king began to pee into the mouth of the slave. A considerable amount of stimulus.

The toilet of the goddess Martina was a fat slave. The goddess bound the slaves. To stimulate by inserting a false penis into the slave's buttocks. There is also the use of slaves as toilets. The goddess pooped at the slave's mouth

The idea of a threesome is hard to resist for this sexually deprived woman, so she takes the offer, but it isnÂt going to be what she expects! It starts out normal with the two men pleasuring her naked body by licking and sucking her nipples! She couldnÂt help but moan from being intensely devoured by two men at the same time! Her legs are then later spread wide apart and it is her pussy that gets subjected to devouring! Before long, the men start using toys! Her pussy is pleasured with various different vibrators, only getting stronger with every passing second, introducing her to all new heights of pleasure as the situation progresses! Her ass on the other hand also gets penetrated and is even given an enema! Eventually, she is put on her knees and served with dick, leaving her alternately sucking and stroking on the two!However, when the men have reached the epitome of their arousal, it is when they start getting dirtier! The woman is laid on her back and the men take turns defecating on top of her body! She is caught off guard, but there is nothing she can do but feel the warm chunks of feces falling and resting on top of her skin! When they could no longer release anymore, they spread and smear everything all over her! She gets covered with poop and the man proceed to lick on her feces-covered body!The mess doesnÂt end there! She is bent over and gets her asshole injected with a massive syringe that further fills up her colon! When the device is empties, it is pulled out and the lady couldnÂt help but release everything out, resulting in a massive mess all over the place! After which, she is laid down and feces are taken from her body with the use of the menÂs mouths and then served into hers, leaving her with no choice but to eat poop! While one is busy doing so, the other us fucking her poop-covered pussy, only stopping upon orgasm!

Dirtywife remain the best scat slut from Romania. She just proved today that she love her shit and she loved her shit inside her holes. She smoked a cigarre then she pooped on a plate. She smeared her kaviar on her body, ass and mouth and try to eat as much as she can. Then she goes to shower and wash her shit from her body before she meet her husband again.

A clip with 2 well-known mistresses from Romania, Kennya and Anita. Faith was used by Kennya in a ballbusting session then Ball was used by Anita for a scat feeding session.

I was very willing to shit, so much that my belly was even hurting, I didn't have time so I shit in my panties, a lot of soft and pasty shit, I bend down and piss on everything, for those who enjoy a soft shit in panties this is a good video, imagine all this spread on your face kkkkk