Haa ... In this video I did a great job and only my slave can say how delicious it was, a diet rich in vegetables, fruits and teas, a divine flavor that was this heavy load, look at this magnificent woman, with dirty desires to indulge with a slave from the bathroom, smoking lets me go, so I relaxed as much as I could, then came out a beautiful shit of my beautiful flower, look at this huge shit, suck in your mouth and eat everything, IÂm very proud, eat all my stuff, now the best part, sit in your face and feel my shit spreading, this is the perfect life my slave has, and i know you want to be in his place, so stay there with this video for you to masturbate and enjoy thinking and seeing this Goddess that I am.

When Mistress Anna arrived my heart started pounding. She looked amazing in Her dress and leather boots which She allowed me to worship. She took control of the situation immediately and gave me clear instructions Â I was there to serve as Her toilet but as it was my first time serving Her, I would only be allowed to eat Her gifts from the floorÂÂThe right to have Her sit on a throne above me had to be earned over time.ÂWhen Her gifts arrived it was a huge portion and i felt SO lucky and excited. She kindly allowed me to eat everything which I nursed inside my body with pride.This session was awesome. Mistress Anna has the most amazing ass in the whole world and Her toilet waste tastes beautiful. I really hope that I can serve Her again and would urge any slave to apply to serve Her.

here are several parts in one video. I start to shit completely naked. this can be seen in close-up. it turns out a big bunch of crap. I am pleased with my result. 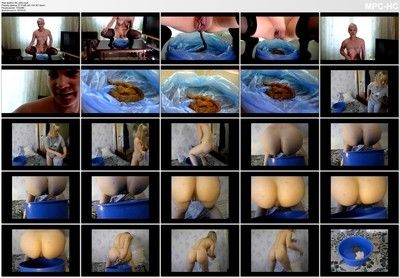 151692 - Madame Ellen: Toiletslave got stuffed and educated from 2 Ladies

I got a visit from a friend,scat Domme, of mine with her toilet slave. Of course he was taken by us properly and then used as a toilet, filled with poop and piss. What an exciting time we had together.

I spent the morning shooting videos with a Mistress friend of mine and my slaves and, this time, I must say that my slaves behaved really well; they worked hard, promptly carried out orders and satisfied all my wishes, including the most extreme ones. My Mistress friend too appreciated their skills and I think she is also a little jealous of my slaves. At this point, I really think they deserve an award! As it was now past noon, I decided to serve them an appetizer based on succulent shit bites, packed fresh by me and washed down with my delicious golden champagne: a real delicacy that, I'm sure, has already made my slavesÂ mouth water! I prepare the appetizer in a bowl; being an appetizer, it does not have to be abundant but, rather, a tasting; I focus more on quality rather than on quantity. I begin to prepare the dish and, at the same time, I delight my slaves with the sweet melody of my farts. The shit bites I do just fine, they are perfect balls of various sizes and, therefore, I decide to serve them myself. I don't want to hurt either of the two slaves and distribute the shit bites equally in their gaping mouths. Both swallow quickly, one of them even devours instantly. Now is the time to taste the champagne, which I also divide equally between the two. The slaves have had their reward but they must not forget their duties: now they have to clean up the drops that have fallen on the floor with their tongue!!!Ps: My scat videos are only for true connoisseurs of the natural scat practice. In the video there is no use of substances that facilitate the evacuation or the counterfeiting of the practice with other strange materials !!! Given the authenticity of the video, I do not recommend viewing it for people who are too sensitive or easily impressionable

I'm super constipated i can feel shit inside me and nothing comes out for two daysÂI can feel more inside me then the more i strain and push. Super constipation I still think there is more inside this is me after allÂ. Three little poop coming out of me. Enjoy!

Today I'm going to surprise you with this wonderful video. watching it, I was very pleased. Today I woke up wet, crazy to make this video, I love to stick a dick in my pussy while my shit spins inside my gut, of course it didn't take long to spill my chocolate in the mouth of my bathroom and also fill a bowl, not satisfied I put my chocolate in the slave's mouth and I sit on top as usual, I put it to smell some very smelly farts, I played a lot with my bathroom, come and see how wonderful it was, come and participate with your queen.

Today I met my new romanian kinky Mistress, Anissa Diamond, for the first time. I didn't think she was so perverted and kinky but you will see in the next 5 episodes what I experienced live with HER. In the third episode you can see very hardcore cbt and balls destroyed with : CBT, ballbusting with sneakers, whipping balls and cock, hard whipping, blindfold bullbusting, toilet slavery, verbal humiliation, human flesh for cbt, leggings domination, PUSSY NEAR MOUTH, human toilet etc. Part 1 - attention, very hard action !Â In the final part of the clip, her friend pooping and smearing her kaviar on her bosy and taste it. 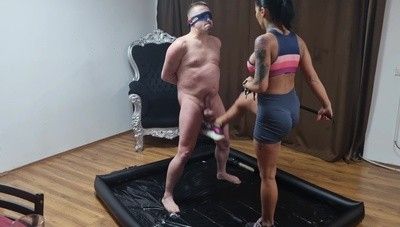 I wanted to give to the opportunity to enjoy a quick snack. So I prepared a little video for your benefit. I hope you find it seductively appetizing, as you enjoy your Scat SnaxÂ

I wanted to give to the opportunity to enjoy a quick snack. So I prepared a little video for your benefit. I hope you find it seductively appetizing, as you enjoy your Scat SnaxÂ

It was the day of using my human bathroom, and when I arrived from the market I was ready to be used, I arrived and went in already with pain in my stomach wanting to shit, I already sat down lowering my shorts, but my poop got a little stuck at the exit with a shove he started to leave, giving me such good shivers, I felt my shit slide down the rectum and fall into the toilet. I put what had fallen off Mike's face, and I felt a great urge to make dirt, I sat it spreading all over Mike's face, the sensation of the coconut spreading between my ass and Mike's face and fascinating, made him suck my ass and pussy all wet with shit, dissatisfied I took off his mask and spread it on his face, beard and hair. I lift Mike up so you can see the result better and continue to sit and rub more. This game was perfect, the end result was more than 1 hour of bath to remove almost all residues. That's why Mike uses mascara, not out of shame, but because of the difficulty of cleaning because he has a beard and big hair. More is there for you to try this amazing content.

I am happy to have a slave husband, because everything I feel, I can practice with him, and it always gets better, the scat only improved our marriage, the lust we have in shitting and receiving is magnificent, and it also turned his tesao. Look how wonderful it was, I wanted to shit, I sat on Mike's face and put my load in his mouth, you can see the shit entering his mouth, right after I felt like sitting on his dick while I smelled my shit up accumulating in his mouth, and while I sat down, another urge to shit came and I shit right there, I took that second load to masturbate Mike and suck him, I sat down again on his dirty cock and it didn't take long for him to come inside of my big pussy, still not satisfied, I ended up expelling his sperm in the pile of shit in his face, enjoy watching this wonderful naughty sex. And this video is in high quality to get even better.

I have just returned from Milan and as always I am not happy with my slave, after having insulted him for good I inform him that I am leaving immediately for Florence and that he is not even capable of making me a toilet so it is better that he disappears .... enjoy such a beautiful asshole? It looks like a cigar !!!!!!!

You love my big feet dont you. You love sniffing them and licking them. So I want you to worship my feet and my poop. I bend over my feet and shit directly on my soles. All your good for is being a foot slave smelling and licking my disgusting feet. Watch me poop onto my feet and show my big load before I smear it all over my feet and demand you eat my shit and clean my shitty smelly feet. Enjoy! 💕 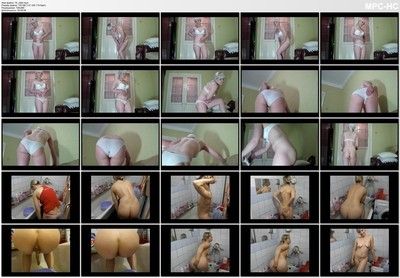 I barely restrained myself and managed to remove a very hot diarrhea poop, it is warm, tender and pleasant, I smeared my body and poked my face into shit, a thick layer was enough for my chest, body, stomach, legs, I fisted several times with a fist soiled in shit, licked fingers, took out an additive, showed either clean or shitty tongue, wrote on the floor, etc.

SHOOT IN SLIPPERSI have just returned from Milan and a gigantic turd escapes me, I have just put on overalls and slippers, I don't really want to change me again and you really deserve a nice video in slippers! Smelly socks, smelly feet and a huge poop slowly coming out in one piece, a shit masterpiece !!!!!!